The UF Department of Radiology has been spearheading educational initiatives for over twenty years:

2003
The Curriculum in Radiology Reporting program was developed by Drs Linda Lanier, Chris Sistrom and Richard Rathe with support from two RSNA grants. The program, which is web-based, consists of tutorial modules that provide instruction and guidelines for reporting and for certain types of interpersonal communication skills.

2004
The Standardized Nomenclature for Imaging Procedures (SNiPS) initiative was developed to define consistent, predictable protocols, as well as to facilitate the assessment and comparison of clinical outcomes. They indicate modalities and anatomy; contain specific indications for imaging protocols; and are applied in ordering, requesting authorization for, scheduling, performing, interpreting, and billing studies. In ordering studies, clinicians choose a particular SNiP, which links to the appropriate exam and report template. 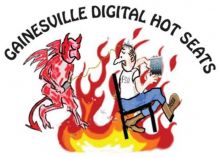 2000 – 2015
The HotSeats course, developed in 2000 by Dr Walter Drane, was designed for residents preparing for the oral board examination in Radiology. Objectives included providing a foundation for approaching cases in a “hot seat” type setting, enabling the participant to gain exposure to taking cases; providing an overview of pertinent differential diagnoses in radiology through case presentations; emphasizing a pattern approach to radiographic disease through case-based presentations; and providing feedback to applicants wishing to improve their skills in taking cases.

2000 – 2015
The Emergent/Critical Care Imaging Simulation (WIDI SIM) was developed in response to ACGME/ABR implementation of Milestones. The SIM provides an objective assessment of resident competence through a realistic web-based simulation experience during which 65 cases of varying difficulty (including normals) are delivered in continuous workflow style over an 8 hour ‘shift’. Each case encompasses a full DICOM set. Free-text responses (no multiple choice) are scored by UF Radiology faculty.

2012
SIM 1 was administered 36 residents at 3 programs; Due to the interest of additional programs, UF began preliminary discussions with the ACR to utilize their Radiology Curriculum Management System (RCMS) as a platform for SIM delivery.

2013
SIM 1 was administered to 66 residents at 4 programs. UF began working with the ACR to administer the SIM via their RCMS.

2016
SIM 4 was administered to 197 residents at 24 programs. Visage became the sole image viewer for the SIM.

*Since it’s inception in 2010, many off-cycle, custom and targeted SIMS have been administered to both attendings and residents at various participating programs.

2014
WIDI Learn was developed after an extremely thorough and complex statistical analysis of SIM results revealed significant deficiencies common across all participating programs. We are addressing these deficiencies by implementing modern learning theories and IT tools to revolutionize Radiology learning.